We all love Canada Day. For us it is Canada’s birthday, an occasion to celebrate the freedom and opportunities that living in such a wonderful country provides. Whether we celebrate with cultural events, large concerts, fireworks, or just proudly waving our flag, we enjoy the casual, family-oriented day. Back on July 1, 1867 the colonies of Upper and Lower Canada, Nova Scotia and New Brunswick joined and became a commonwealth in its own right within the British Empire.

Canada Day prompts us to remember our history.

We owe a great debt to our forefathers who had a firm belief in and relationship with God. They had a trust in Jesus that motivated their actions for the benefit of their fellow citizens. David Thompson, the explorer and statesman developed maps from his surveys between 1784 and 1812. Many of these maps are still being used today. He explained why he endured the physical hardship of exploration – “so that these physically impenetrable barriers may be traversed and the gospel be spread”. Like so many Christians today, to have found forgiveness and a relationship with God through Jesus Christ was such a joy, he wanted all to know Him and trust Him.

History says that it was Sir Samuel Leonard Tilley who originated the word “Dominion” in the “Dominion of Canada”. He was one of the Fathers of Confederation. Each morning he would start his day praying to God and reading the Bible. One morning he had read Psalm 72:8 which speaking of God says, “He shall have dominion also from sea to sea, and from the river unto the ends of the earth”. He presented this to the others whose ambition was to stretch the nation from Atlantic to Pacific. This verse is now incorporated in Canada’s coat of arms in Latin (a mari usque ad mare). 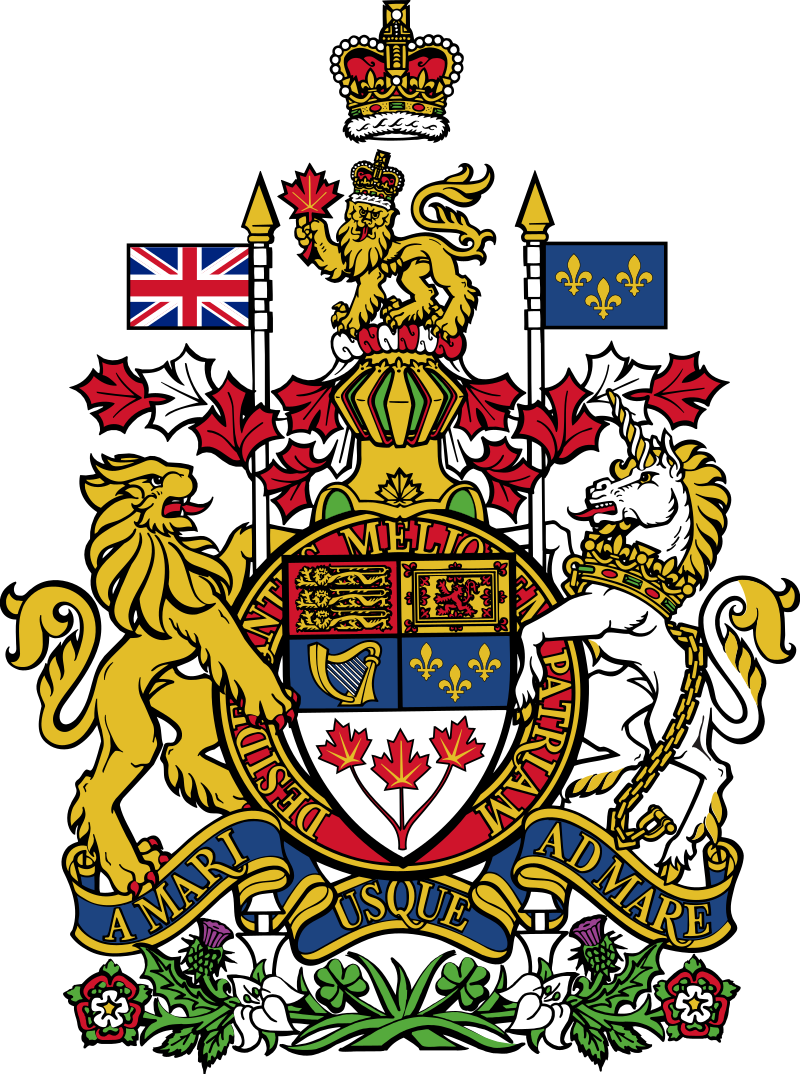 The present one, dating back to 1994 incorporates another Bible verse on the shield of the Order of Canada  – “desiderantes meliorem patriam” which means, “they desire a better country”, speaking of heaven. We know that despite the beauty of British Columbia or Prince Edward Island, Banff or Niagara, they can never be heaven on earth because people like us live there. Heaven is an eternal place where God lives: there is no sin, suffering, disease, or death there. Sadly our world is very different.

Toronto’s 25th mayor, William Howland in 1886 urged voters, “Let us keep the city, a God-fearing city, and I would rather see it thus than the greatest and richest city in the continent”. He could hope and strive but a greater power is needed to fulfill his wish.

We believe in the rule of law in Canada, but God’s rule of law shows us what is right in His eyes, and also like a mirror, shows us what is wrong in us. We don’t love God with all our heart, mind, and strength nor do we love our neighbours as ourselves. Falling short of this is what the Bible calls sin. “For all have sinned and fall short of the glory of God” (Rom. 3:23). Sin separates us from God and would keep us from heaven and rightly condemn us to hell.

Yet the good news of Christ is that God who created and has dominion over all things came into our world in the person of Jesus to deal with our two big problems, sin and death. He lived a life without fault in a world that rejected Him and willingly laid down His life on the cross to take away the sins of the world. When He died, He was the Substitute Saviour paying the penalty that we incurred as sinners. “For Christ also has once suffered for sin, the Just for the unjust, that He might bring us to God” (1 Peter 3:18). We were not created to live without God, and through Jesus’ death and resurrection He has made a way back to Him. The living Christ welcomes all who will put their trust in Him, repenting of their sin, and He has promised to save and forgive and give us new hearts that seek to please and glorify Him.

The preamble to Canada’s Charter of Rights and Freedoms acknowledges God’s right to rule over us. “Whereas Canada is founded upon principles that recognize the supremacy of God  and the rule of law”. Is God your sovereign? Do you know Him as your Lord and Saviour? Would you thank the Lord Jesus for coming to earth to die for you? Today will you ask the risen Jesus to take possession of your life, following Him as your Lord?

God’s dominion is from sea to sea but ask Him to include you too!